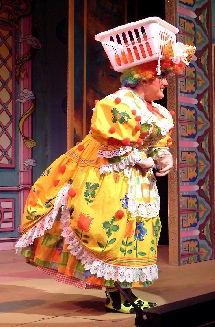 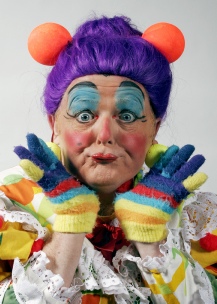 Steve Barclay as Widow Twankey and myself as Abanazer .. What a team! The seasoned 'Panto Dame' pro who loves music,  and a Grumpy Old Musician' who just loves pantomime comedy!

Steve  taught me so much about pantomime and believe you me, when you start to understand pantomime it's just so enjoyable but much harder to perform  as you can always get better regardless of how long you've been in the business.

To work with a "Master Dame" was an honour and one I will always remember and I cherish the friendship.

To the best Dame in the business ... I salute you!

Steve Barclay is the funniest Dame I have ever engaged. He has great comic timing, pathos, and I rate him in the class of the late Billy Dainty and Terry Scott!

Steve Barclay is a definitive Dame. He is a bloke in a frock and NOT a mincing drag act. He is inventive, has some terrific frocks and, most of all  he is great with the kids .. And very funny!

Steve's Dame is my sort of panto bird - Not a creepy drag act but a loud, butch full of fun man in a dress and he makes me laugh!

What a performer - He's got it all; timing, facial expressions and his costumes have to be seen to be believed his second half send up of Kylie Minogue was a show stopper!

This guy is one of the best dames around!

We engaged Steve to play "Dame Dolly Dimple" in our production of "Goldilocks & the 3 bears" at the Princess Theatre Hunstanton for the Summer season. Steve was totally professional, easy to direct and a real team player. His costumes were colorful and became ever more outrageous throughout the show. He has such enthusiasm for pantomime, and the younger cast members learned such a lot from working with him. He's a traditional panto' dame that isn't afraid to embrace the modern ways.

Without doubt we hope to be working together again!